In this thesis we propose a blocking-aware partitioning heuristic algorithm to distribute tasks onto the processors of a multi-core architecture. The objective of the proposed algorithm is to decrease the blocking overhead of tasks, which reduces the total utilization and has the potential to reduce the number of required processors.

In industrial embedded software systems, large and complex systems are usually divided into several components (applications) each of which is developed independently without knowledge of each other, and potentially in parallel. However, the applications may share mutually exclusive resources when they co-execute on a multi-core platform which introduce a challenge for the techniques needed to ensure predictability. In this thesis we have proposed a new synchronization protocol for handling mutually exclusive resources shared among real-time applications on a multi-core platform. The schedulability analysis of each application is performed in isolation and parallel and the requirements of each application with respect to the resources it may share are included in an interface. The protocol did not originally consider any priorities among the applications. We have proposed an additional version of the protocol which grants access to resources based on priorities assigned to the applications. We have also proposed an optimal priority assignment algorithm to assign unique priorities to the applications sharing resources. Our evaluations confirm that the protocol together with the priority assignment algorithm outperforms existing alternatives in most cases. 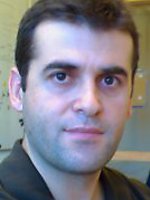