The public defense of Andreas Gustavssons  licentiate thesis in Computer Science and Engineering will take place at Mälardalen University on December 15, 2014, at 10.00 AM in room Omega, Västerås.

The title of the thesis is “Static Timing Analysis of Parallel Systems Using Abstract Execution”.

The Power Wall has stopped the past trend of increasing processor throughput by increasing the clock frequency and the instruction level parallelism. Therefore, the current trend in computer hardware design is to expose explicit parallelism to the software level. This is most often done using multiple processing cores situated on a single processor chip. The cores usually share some resources on the chip, such as some level of cache memory (which means that they also share the interconnect, e.g. a bus, to that memory and also all higher levels of memory), and to fully exploit this type of parallel processor chip, programs running on it will have to be concurrent. Since multi-core processors are the new standard, even embedded real-time systems will (and some already do) incorporate this kind of processor and concurrent code.

A real-time system is any system whose correctness is dependent both on its functional and temporal output. For some real-time systems, a failure to meet the temporal requirements can have catastrophic consequences. Therefore, it is of utmost importance that methods to analyze and derive safe estimations on the timing properties of parallel computer systems are developed.

This thesis presents an analysis that derives safe (lower and upper) bounds on the execution time of a given parallel system. The interface to the analysis is a small concurrent programming language, based on communicating and synchronizing threads, that is formally (syntactically and semantically) defined in the thesis. The analysis is based on abstract execution, which is itself based on abstract interpretation techniques that have been commonly used within the field of timing analysis of single-core computer systems, to derive safe timing bounds in an efficient (although, over-approximative) way. Basically, abstract execution simulates the execution of several real executions of the analyzed program in one go. The thesis also proves the soundness of the presented analysis (i.e. that the estimated timing bounds are indeed safe) and includes some examples, each showing different features or characteristics of the analysis. 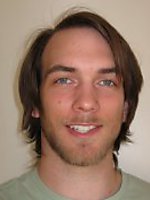