In this thesis, we improve the current state of automatic test generation by developing a technique based on model-checking that works with IEC 61131-3 industrial control software. We show how automatic test generation for IEC 61131-3 programs, containing both functional and timing information, can be solved as a model checking problem for both code and mutation coverage criteria.

The developed technique has been implemented in the CompleteTest tool. To evaluate the potential application of our technique, we present several studies where the tool is applied to industrial control software. Results show that CompleteTest is viable for use in industrial practice; it is efficient in terms of the time required to generate tests that satisfy both code and mutation coverage and scales well for most of the industrial programs considered.

However, our results also show that there are still challenges associated with the use of automatic test generation. In particular, we found that while automatically generated tests, based on code coverage, can exercise the logic of the software as well as tests written manually, and can do so in a fraction of the time, they do not show better fault detection compared to manually created tests. Specifically, it seems that manually created tests are able to detect more faults of certain types (i.e, logical replacement, negation insertion and timer replacement) than automatically generated tests. To tackle this issue, we propose an approach for improving fault detection by using mutation coverage as a test criterion. We implemented this approach in the CompleteTest tool and used it to evaluate automatic test generation based on mutation testing. While the resulting tests were more effective than automatic tests generated based on code coverage, in terms of fault detection, they still were not better than manually created tests.

In summary, our results highlight the need for improving the goals used by automatic test generation tools. Specifically, fault detection scores could be increased by considering some new mutation operators as well as higher-order mutations. Our thesis suggests that automatically generated test suites are significantly less costly in terms of testing time than manually created test suites. One conclusion, strongly supported by the results of this thesis, is that automatic test generation is efficient but currently not quite as effective as manual testing. This is a significant progress that needs to be further studied; we need to consider the implications and the extent to which automatic test generation can be used in the development of reliable safety-critical systems. 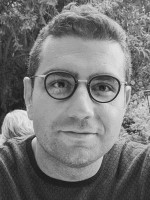