In development of the software architecture of modern vehicles, models are becoming increasingly important as design objects. To this end, several domain-specific modeling languages have been developed within the different vehicular segments. In this project we seek to bridge the semantic gap that exits between such models that are used in the segment of construction-equipment vehicles. In particular we will attack the gap between functional models (expressed in standard languages as EAST-ADL and/or proprietary languages such as Simulink or Statemate) and execution models (expressed in standard languages like TIMMO and Autosar and/or proprietary languages like Rubus Component Model).

In development of a new vehicle, as much as 80% of the innovation is realized in software. A major part of the development cost and time is spent on software development. Thus, improvements in the development technologies have direct impact on companies` competitiveness, with respect to cost and time-to-market. While the introduction of models into the development of software architectures has increased efficiency in some parts of the engineering process, the models are also cause of novel concerns. In particular, mismatch between structural and semantic assumptions in modeling languages used in different parts of the design-process cause large problems when designs artifacts are transformed between modeling languages. In this project we will develop patterns that allow transformation between the different modeling languages used in the segment; thus enabling use of automated transformations. Development of such automated transformations and also automatic detection of design-patterns that does not allow unambiguous transformation is a second step in the project. Based on these transformations, it will be possible to assemble a seamless development-chain of existing software-engineering tools; where the appropriate transformation can be used to convert the output of one tool to the input of another tool. Furthermore, the identification of design-patterns that are impossible, or difficult, to transform with preserved semantics will serve as valuable feedback to the future standardization process for the languages studied.

This project brings together world leading competence in modeling and model-transformation for predictable embedded systems (MDH), software-development tools for vehicular systems (Arcticus), and expertise in development of state-of-the-art functionality in vehicular architectures (Volvo Construction Equipment). This small team spans the necessary competence to tackle this complex problem and make tangible contribution to the academic field while also generating industrially useful results and tools. 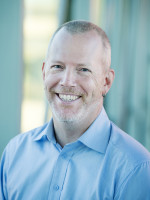