The complexity of distributed real-time embedded systems, such as those found in automation and mining machinery, is increasing steadily due to the increase in functionality realized by software. As a consequence, more and more software functions have to be developed, implemented and integrated on common shared hardware architecture. This often results in very complex software systems, where functions (software applications), that share the hardware and software resources, will interfere with each other in terms of resource usage in an unpredictable manner affecting their temporal performance. As a solution for this problem inherent in integrating a large number of software functions on the same hardware, research on platform’s resources virtualization has received an increased interest. However, for these solutions to be suitable for industrial systems the following challenges should be considered I) Providing virtualization support for distributed real-time systems where timing predictability has to be guaranteed, and II) Providing efficient virtualization solutions in terms of system resources utilization. The objectives of this project is to support virtualization for distributed real-time systems while using the system resources efficiently in order to decrease the cost and energy consumption, i.e., ensuring both high performance and timing predictability. To achieve these goals we will provide efficient mechanisms to support resource virtualization for industrial distributed real-time systems targeting software systems inherent in the automation and mining machinery application domains. In addition, we will investigate techniques to decrease the runtime overhead of the virtualization software. Furthermore, we will propose methods and tools to support efficient allocation and integration of real-time applications. All solutions will be implemented and tested on real industrial systems. In this project we will provide a virtualization solution for applications that share multiple system resources, e.g., the CPU and network resources for distributed systems. We are considering Commercial Off-the Shelf (COTS) hardware, the most used in industry, where virtualization support for both CPU and network is not available. The hardware system model that will be considered includes multi-core processors and heterogeneous networks composed of Ethernet and fieldbuses. This project brings together world leading competence in resource virtualization, software engineering and formal verification methods for embedded systems (Mälardalen University), and expertise in development of automation and mining machinery systems from the world leading manufacturers ABB and Atlas Copco. These project members will work tightly together to provide useful industrial solutions while at the same time conducting high quality research making academic impact. 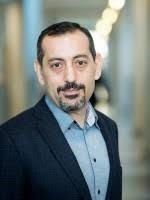