In this project we propose a method of generating automated tests for re-testing of software simulators by recording and replaying interactions between the target embedded software and the software simulated subsystem when the complete system is manually tested. Two case studies with Bombardier Transportation (BT) and Maximatecc (MTCC) will be conducted during this project emphasising on the close business relation between these companies, since BT is performing testing of an embedded software product using a simulation technology developed and provided by MTCC. Considering that both companies are constantly releasing new versions of their products in parallel, the need for an automated regression testing is substantial. MTCC needs to re-verify that a new version of their simulation technology still works correctly on an existing release of the embedded system from BT. The main challenge is how to avoid a manual creation of test scripts, as it is a rather expensive and an error prone process. By automated generation of tests companies could achieve significant savings in the time and effort invested in performing re-testing activities for each release of their products. 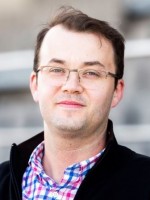