http://www.mrtc.mdh.se/projects/Haxcel/
Spreadsheets are widely used and offer a nice, interactive model ofcomputing. However, the spreadsheet suffers from problems such as unwanted global side-effects when updating the sheet, and poor formula languages. In particular, the formula languages would benefit from better array language constructs, since spreadsheet operations often are strongly array-oriented. Other common weaknesses are lack of recursion, and weak, or nonexistent, type systems. This project investigates the possibility of using a spreadsheet user interface on top of a full-fledged, modern functional programming language. We have thus designed Haxcel, which is such an interface to Haskell. We have also designed and implemented an extended array library for Haskell, which adds several array-oriented features to Haskell. The goal is to demonstrate that spreadsheets can benefit from having well-designed formula languages, and also to obtain knowledge about the suitability of this kind of interface for more general program development. 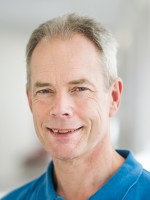