This thesis describes a top-down view of the cat primary visual cortex (area 17), which is faithful to the relevant aspects of the known physiology and anatomy. The centerpiece of this work is an abstract hypercolumn model that is mapped to cat primary visual cortex. This model shows how the recurrent (intracortical) connections can be self-organized and that their presence can explain the emergence of several response properties of the striate cells, such as contrast-invariance of orientation tuning, narrowing of the orientation tuning, response saturation followed by normalization and response facilitation mediated by long-range horizontal connections. The abstract hypercolumn model is in line with other recurrent models by assuming broadly tuned inhibition. It is believed that large basket cells mediate this inhibition. However, the model is unique in that, when mapped to layer 4 it incorporates an additional class of interneurons, which only inhibit excitatory simple cells in their close surroundings. The layout and function of the intracortical connections within a patch of area 17 have been addressed using developmental network models. These models are developed during exposure to visual input using a Bayesian Confidence Propagation Neural Network (BCPNN) with an incremental learning rule. The connectivity pattern demonstrated by the correlation-based network model is similar to that of area 17. Excitatory local connections are dense, whereas excitatory long-range horizontal connections are sparse and elongated along the orientation axis. Furthermore, layer 4 excitatory local connections target mainly the iso-orientation domain, whereas the excitatory long-range horizontal connections are equally distributed between all orientation domains. However, both local and long-range horizontal connections of the layer 2/3 connections are biased towards the iso-orientation domains. It is hypothesizes that this patchiness is a consequence of excitatory long-range connections made by the pyramidal cells targeting mainly other pyramidal cells located in distal iso-orientation domains. The dissimilarity between the two layersâ€™ layout might indicate functional differences. The function of the intracortical connections has been investigated by studying response facilitation of simulated striate cells. This phenomenon is manifested by improved visibility of a Gabor patch when it is elongated along the orientation axis. This phenomenon is probably due to the elongated shape of the long-range horizontal connections. Response facilitation requires robust communication between striate cells located several millimeters from each other. It is hypothesized that spike and burst synchronization might be responsible for this. Furthermore, the anisotropy of the long-range horizontal connections seems also to help narrowing the orientation tuning of the excitatory cells. The main conclusion to be drawn is that it is possible to explain several response properties of the striate cells by an abstract hypercolumn model, which is faithful to the known anatomy and physiology of the neocortex. When simplicity is combined with biological plausibility the models of hypercolumns can give valuable insight into the structure and function of cortical circuitry.Keywords: Primary Visual Cortex; Hypercolumns; Cortical Microcircuits; BCPNN; Intracortical Connections; Long-Range Horizontal Connections; Recurrent Artificial Neural Networks; Response Saturation; Normalization; Contrast-invariance of Orientation Tuning; Response Facilitation; Summation Pools 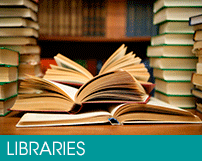