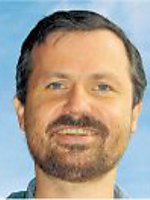 Gerhard Fohler is Professor and leader of the predictably flexible real-time systems group at SDL. He received his Ph.D. from Vienna University of Technology in 1994 for research towards flexibility for offline scheduling in the MARS system. He then worked at the University of Massachusetts at Amherst as postdoctoral researcher within the SPRING project. During 1996-97, he was a researcher at Humboldt University Berlin, investigating issues of adaptive reliability and real-time. Gerhard Fohler is currently chairman of the Technical Committee on Real-Time Systems of EUROMICRO.

The Matrix - A framework for real-time resource management for video streaming in networks of hetero (Oct 2007) Larisa Rizvanovic, Gerhard Fohler