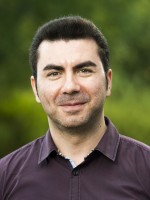 Mehrdad Saadatmand is a Senior researcher and leader of the software testing group at RISE SICS Västerås. He is also an affiliated researcher with Mälardalen University.

Mehrdad got his bachelor degree in Computer Science at Ferdowsi University of Mashhad, Iran. In 2009 he graduated as M.Sc. in Software Engineering from Mälardalen University. He has worked with the SAVE project team at Mälardalen Real-Time Centre (MRTC) as part of his master thesis. After graduation, he got employed by Enea and also started his Ph.D. studies in Model-Based Engineering of Real-Time Embedded Systems. At Enea, he was working in the scope of the CHESS European project. Later, during his employment at Alten, and collaborating with Mälardalen University, he got involved in the MBAT European project which aimed to exploit the synergy between Model-Based Analysis and Testing in verification of embedded systems. Mehrdad has also been responsible for organizing IDT Open Seminars at IDT department at MDH.