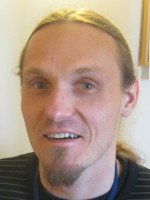 Frank Lüders is senior lecturer in software engineering at Mälardalen Universitys School of Innovation, Design and Engineering. He received a BSc in electronics engineering from Vestfold College, Norway in 1993, an MSc in electrical engineering/computer systems from the Technical University of Denmark in 1997, and a PhD in computer science and engineering from Mälardalen University, Sweden in 2006. Frank worked with software development at ABB A/S in Norway until 1999 and at ABB Automation Technologies AB in Sweden until 2003. His research interests include component-based and model-driven development/engineering of industrial software and systems. The research is mainly conducted using empirical methods such as case studies, experiments, and surveys.