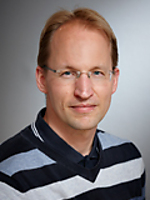 Henrik Jonsson is an industrial PhD student from Etteplan, Västerås, Sweden. He studied Molecular Biotechnology in Uppsala, Sweden and Computer Science in Gävle, Sweden. He received a M. Sc. from Uppsala University in 2001. Since then he has worked for the National Food Administration in Uppsala, the life-science company Biacore in Uppsala and Lantmäteriet in Gävle, Sweden, mainly in the roles as system analyst and tester. Since 2007 Henrik is a consultant at Etteplan Industry, Västerås and has mainly worked for ABB as a software developer, configuration manager and software process engineer. In March 2012 he joined the ITS-EASY industrial research school at Mälardalen University to research on software process improvement mainly in safety-critical system development.