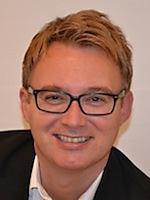 Dr Damir Isovic is a Dean of School of Innovation, Design and Engineering (IDT) at Mälardalen university (MDH), Sweden, the largest faculty at MDH with about 300 employs, 10 subdivisions, and hundreds of research and education projects organized within two strong research profiles Embedded Systems and Innovation and Product Realization, the first-mentioned being the national leader. He is a Board Member of several organizations, including Mälardalen Industrial Technology Center, Automation Region, and Swedish Institute of Computer Science SICS-Västerås.

Damir is also an associate professor in computer science, with about fifty international journal, conference and book publications, mostly in the area of embedded real-time systems and flexible multimedia processin. His research has been chosen as seminal in the area of real-time systems by the IEEE Technical Committee on Real-Time Systems. Damir’s work has been published at top-ranked conferences in the fields, such as IEEE Real-Time Symposium, IEEE Symposium on Multimedia, ACM Multimedia Symposium, and IEEE Euromicro Conference on Real-Time Systems, as well as in top-journals, such as International Real-Time Systems Journal and International Journal of Embedded Systems.

Damir is a co-organiser, PC member, and invited keynote speaker at several national and international conferences. His professional memberships include several international organizations and societies, such as IEEE Society, EUROMICRO and ARTIST Network of Excellence. His previous commissions of trust include supervising doctoral students, being expert evaluator of research proposals for national and international founding agencies, and being the scientific head at department for European “Advanced Real-time Systems Network of Excellence”.

Besides research activities, Damir has been teaching courses in real-time systems, embedded systems, distributed systems, software engineering, operating systems, etc. He’s been acting as directory-of-studies for several years at his school, and the coordinator of the international master program on intelligent embedded systems at the university. He’s also been giving courses at other universities, such as Technische Universiteit Eindhoven, The Netherlands, Royal Institute of Technology, Sweden, Charles University, Czech Republic, Kaiserslautern University of Technology, Germany, and the Polytechnic University of Madrid, Spain.