Embedded systems (ES) can be found everywhere; in vehicles, robots, medical appliances, etc. Software reliability of these systems is paramount. The trend of these systems is to incorporate more and more complex functionality. Timing behavior is usually addressed during the final phases of the development process, resulting in long and costly design iterations. This research will focus on extending academic theories, specifically response-time analysis (RTA), for timing predictions of ES. RTA theory is a mature technology from a scientific viewpoint. However, the industrial impact of these theories has been limited and unsuccessful. This project will investigate, through studies on actual systems, how RTA can be extended to incorporate information of the behavior of actual systems in order to improve the accuracy of RTA. Our preliminary research has already identified some of the problems to be addressed. Furthermore, we will investigate how to encapsulate this theory into tools, so it can be incorporated into development tool chains. With such tools, timing flaws can be discovered early in the design process, reducing development costs significantly. RTA also provides formal evidence of correctness, an important aspect in certification processes. This research proposal has been identified in cooperation with several industrial partners. Thus, besides providing new scientific real-time theories, they will have a good chance of being accepted and adopted by industry. 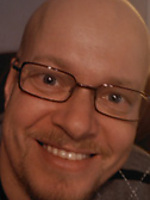