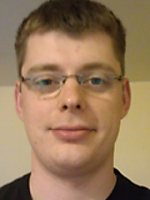 Daniel Kade is an industrial PhD student at Mälardalen University and at Imagination Studios. His PhD is placed in the area of computer science and interaction design at the department of Innovation Design and Technology. The main research question that his work is placed around is on how to improve motion capturing shoots. This includes work with motion capturing, tracking, visualization and mediated technologies. As the thesis also includes interaction design and considers design perspectives, methods from this field of research are also considered. He completed his M.Sc in Germany in 2011. The focus for the M.Sc was on software engineering and mobile devices. His double degree B.Sc was completed in Germany and in France. The studies were focused on real-time and embedded programming, web programming and HCI.

The broader view of the research goal of this project is to improve the outcomes and the acting environments for motion capturing shoots. Motion capturing has already been used for quite some time in the movie and games industry. Nowadays, new demands on motion capturing environments as well as their outcomes require innovative solutions. Therefore, the main focus for this research is set on how to create a more immersive acting environment that is able to let actors perceive the virtual world they are acting in. This research also works on the question how graphic content can be made visual to the actors and how users of the system can interact with it. Several factors need to be considered and adopted to the motion-capturing environment to create such a system. One of these factors this research will work on is to focus on solutions that affect the actors in their acting and freedom of movement as less as possible. To approach this research problem a system prototype will be created. The prototype will be tested and improved through actors, directors and technicians of Imagination Studios.