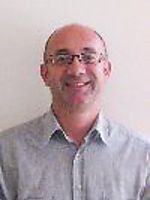 Oguzhan Ozcan is a senior lecturer at MDH Computes Science and Networks. He is formerly a professor of interactive media design in Istanbul Yildiz Technical University. He has founded one of the first interactive media design school around the world. Ozcan is known in the field with his design methods named as "breaking the rule" and " re-reading the culture". His articles are published in several leading journals such as Design Issues, Leonardo, Digital Creativity, Computers and Education see also http://oguzhan.ozcan.info