In the partner companies, many different artefacts are created, maintained, and evolved during system design and development, ranging from high-level artefacts, such as requirements or models of the system design, to low-level artefacts detailing its implementation. Typically, high-level artefacts denoting the system design, for example SysML system models, are used in combination with low-level artefacts describing the system implementation. In some cases, these are detailed models, such as Simulink models, and in other cases, functionality is defined in code. In addition, other artefacts such as requirement definitions and documentation are created. Of course, these artefacts are not for one-time use, but are instead maintained and evolved to continue to meet the project’s needs. Furthermore, they may be re-used in multiple projects, so we need to consider different variants of these artifacts as well as their different revisions through time.

To improve the productivity of software and system development, it is crucial to be able to work with all these different artefacts in combination, even when they reside in different repositories, are created in different tools, and may be expressed in different programming- or modelling languages. Hence, there is a need to support the management of complex ecosystems of high-level and low-level artefacts (being them represented by structured documents, models, or code), relations between them and versioning and variant information associated with them. Explicitly capturing this information furthermore allows automatic evaluation and visualization of these complex environments, thus allowing engineers to get a better handle on the large sets of created models and other artefacts.

Inconsistencies can manifest themselves in many ways, between any models or other artefacts in the development. An example of consistency between models is that between a system model in SysML and C++ code that implements the defined interfaces. In such cases, both artefacts describe the same part of the system and inconsistency between them can be a signal of more problems in the implementation. 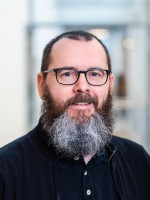